Our December release sees the introduction of some exciting new features that we hope you will enjoy along with some general improvements.

As always, we hope these changes reflect our company mission statement “To enable anyone to find, share, use the most comprehensive human genome data - and to collaborate to improve health and lives around the world.” and we continue to value your feedback so that we can continue to improve in all areas of development.

We have now incorporated into VarSome the entire database of PubMed publications relevant to genes and variants. This equates to over 4 million articles related to genomics.

Additionally VarSome AI has linked over 150,000  publications to variants and genes that were not previously linked by any other source.

We have added organs and tissue names to our list of tags:

This new interactive viewer allows you to quickly see the number of publications by year, broken down by gene, disease, variants etc. with the ability to then further drill-down and identify specific publications related to the topic you are researching.

The TimeLine viewer is accessible from the top of the Publications component:

A new graph is displayed showing the number of publications over time and which key terms they contain: 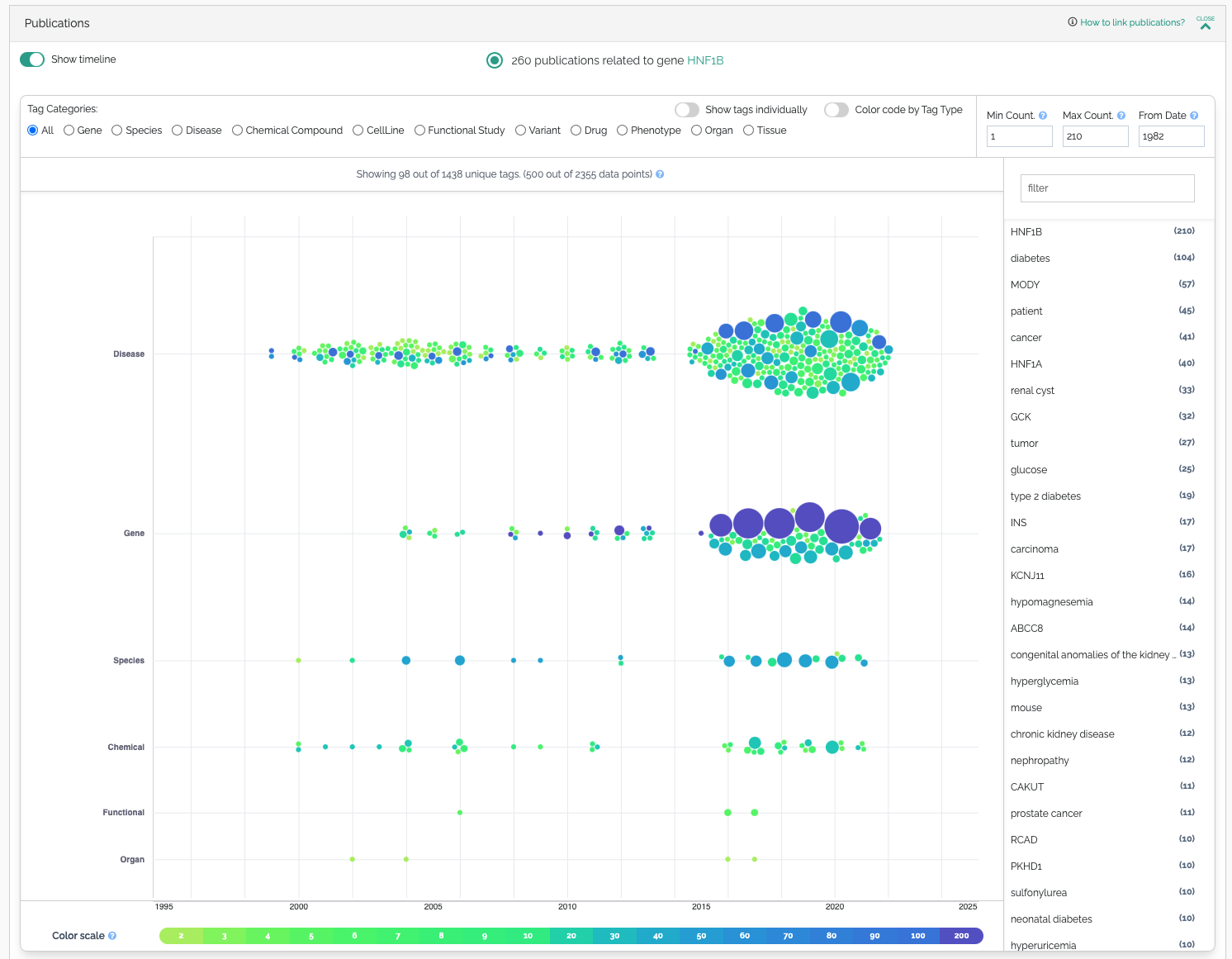 It is then possible to drill-down into sub-categories of terms, for example to see what diseases are associated with a particular gene:

Full documentation is on how to use this feature is available here: Publications Timeline - User Instructions

Building on the improvements introduced in the 10.3 release of VarSome, we have continued to seek ways to better classify variants in the absence of clinical evidence:

If variant data is available on CIVIC we display a new Assertion Details table. This table provides an overall summary of the clinical evidence for a variant and shows clinical significance which is supported by evidence that appears in CIVIC or that CIVIC has drawn from another source.

We display Variant Groups if available.

For Civic Variants and Genes

In the CIVIC Clinical Evidence table we have added a new General Information column that shows the last review date and clinical trial identifiers (if data is available in CIVIC).

We have added phenotypes within the Disease column. 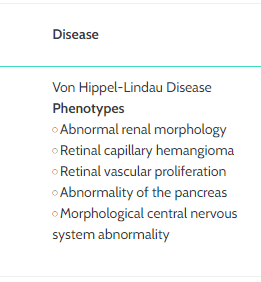 Drug interaction type is included in the drug and evidence state column. 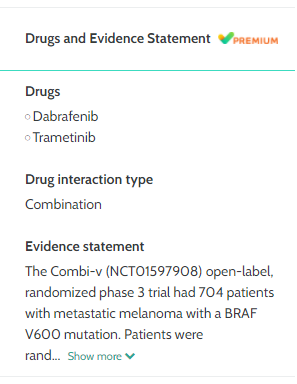 On the gene page only we have added the  Civic Description

It now possible to filter by CNV type in the Structural Variants browser: 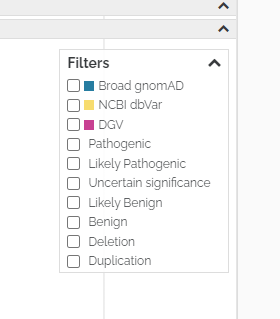 Illumina amplicon kits: the rule for selecting relevant reads was modified to retain only reads starting immediately after the primer. This affects Illumina amplicon regions with overlapping artefacts of unknown provenance.

For CNVs the QC report now provides a subanalysis and we have removed empty sections from the multisample CVN analysis.

It is now possible to upload files with both CNVs and small variants in the same file. If a file contains at least one CNV, then it is treated as a CNV file and non-CNV variants will be ignored. It is still necessary to upload the small variants separately.

Not already a VarSome Premium, VarSome API or VarSome Clinical user? Get in touch and ask for a free trial.

As ever we hope you find these changes and improvements helpful, we’d love to hear any suggestions you may have, support is available as usual from support@varsome.com