Our February release introduces a wide variety of enhancements and new features  to our platforms.

For additional information on the Clinical platform updates please refer to the 11.2 version User Manual.

We have introduced a new 3D Protein Viewer. This tool enables you to map variants onto a protein structure.

Details on how to use this new feature can be found here: https://docs.varsome.com/en/protein-viewer

You can now search on single NGS or Sanger reads in VarSome. The application will scan the entire human genome to find matches for the sequence entered and list any variants it may contain and their HGVS notation if available. 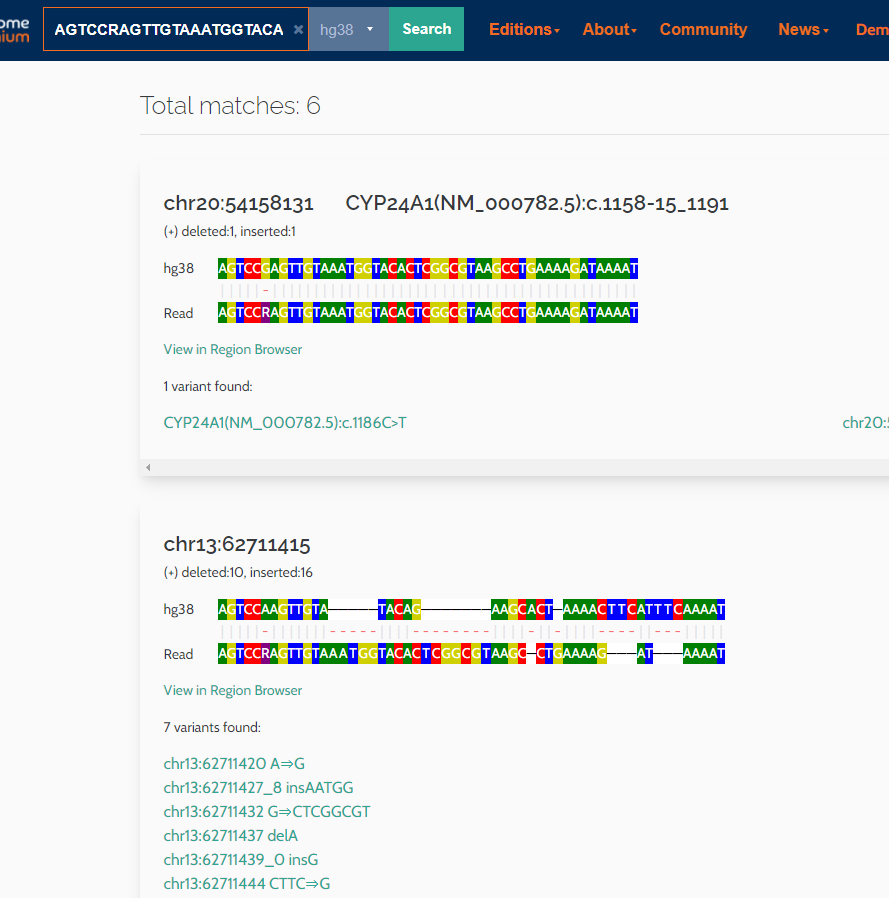 Examples have been added to the help text to show how the single read query should be formatted: 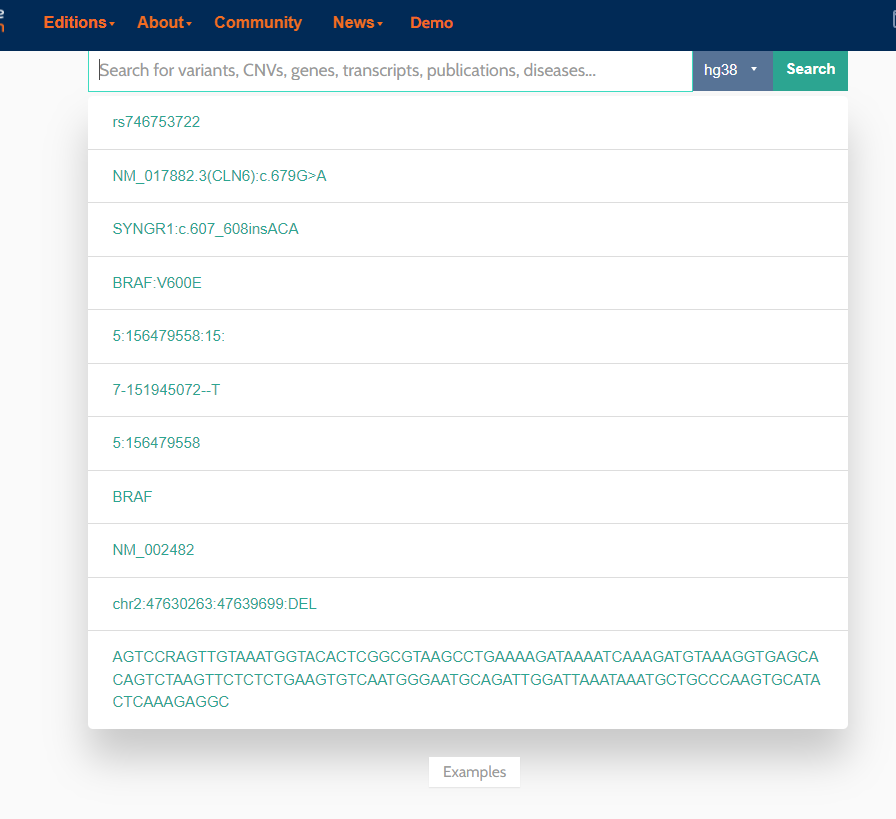 Additional tagging categories have been added to the publications component:

We have expanded and improved our AMP Drug rule to include approved drugs from EMA in addition to FDA. They are reported separately in the explanation of the Drug rule.

On the CNV gene table, we now display pathogenic genes as red and display a list of the gene associated diseases.

As with SNPs, we now request input of phenotype/disease information for CNVs. This information is optional. However, adding patient inheritance information in the “Optional patient information” box will improve the quality of your ACMG  classification. 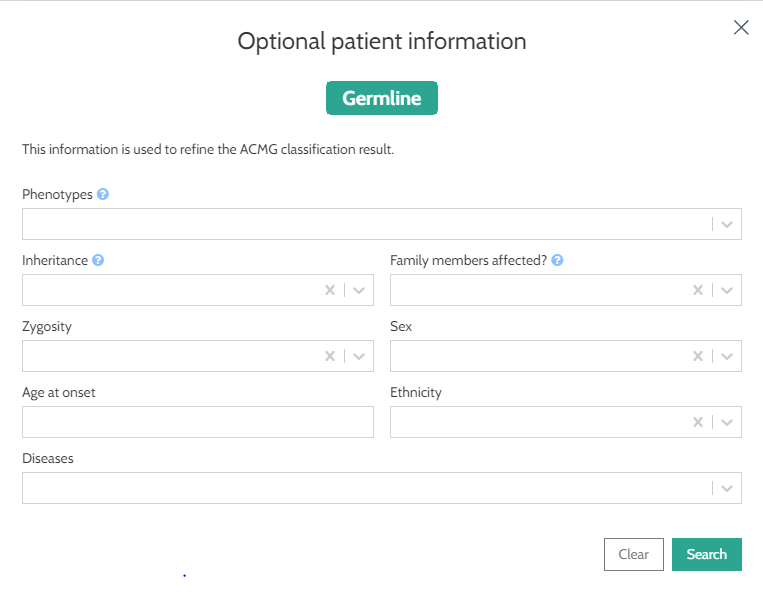 Now instead of seeing the inheritance rule like this:

It will be activated:

The sample’s disease information that you enter is now taken into account supplementing the already existing phenotypes matching, triggering the inheritance rules whenever that’s applicable.

We have integrated the EMA drug approvals into the AMP Drug Rule. You will now be able to see a separate explanation regarding the EMA approved drugs, the same way as the FDA approved drugs.

We have provided the ability to use the “filtered variants” for CNV analyses. It is possible to export all variants on the page to an excel file in the same way as you currently can for SNPs and small INDELs

It is now possible to select multiple inheritance modes from a pick-list when filtering: 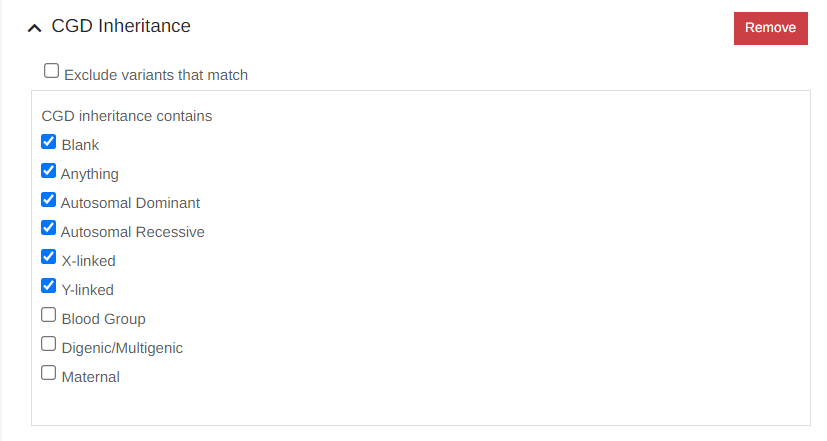 We have removed the “trash bin” icon next to the “edit” button on the component filter. Now you can no longer accidentally delete an individual component filter when attempting to edit it. We have left the option to delete the main filter set. 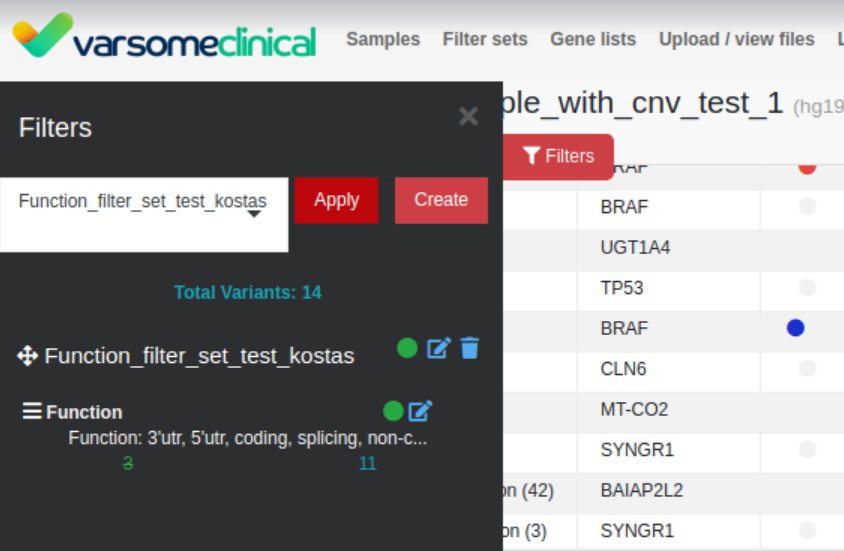 In addition to data columns for “all samples”, we have now added three new columns for “your samples” in the Excel export:

You can now type a letter to search the gene list dropdown, reducing the need to scroll: 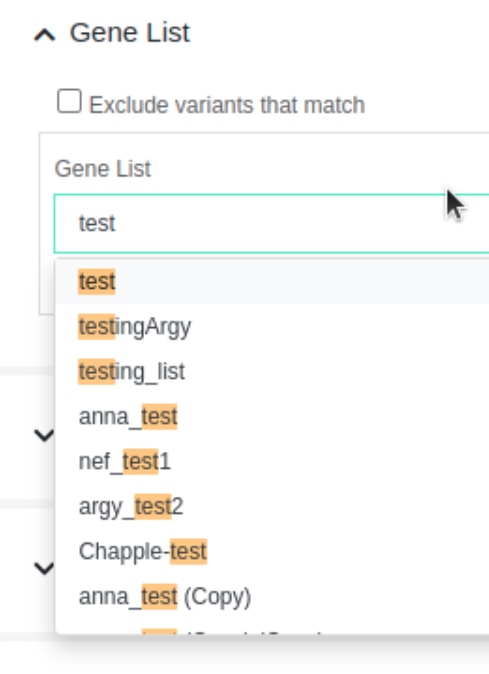 We now accept VCF files that contain both copy-number-variants (CNVs) and SNPs/indels in the same file.

As you upload a mixed VCF file, it will now split into 2 files (i.e .filtered and .cnv).  For further information about how this works please refer to the user manual. 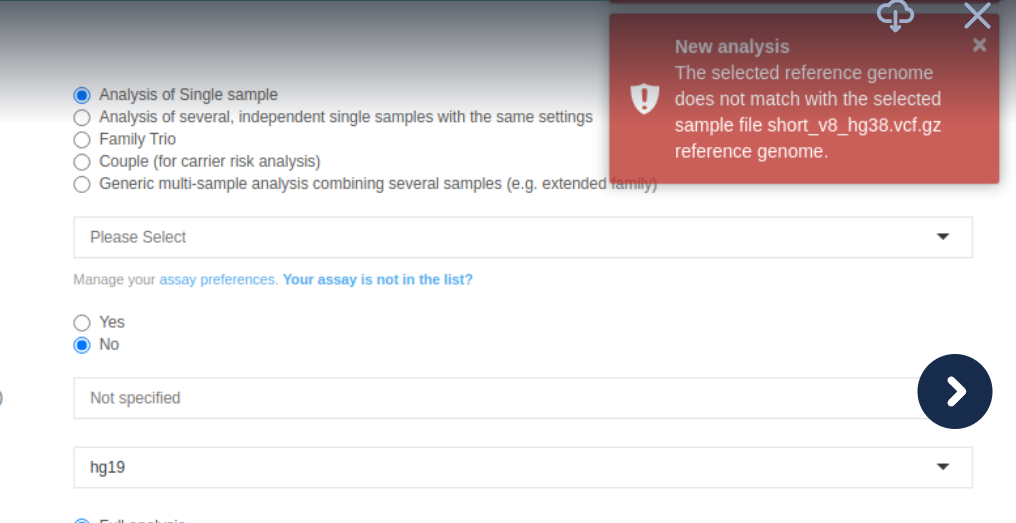 We have added an option to launch analyses in “targeted” or non-targeted” mode.

Targeted mode will only call variants in the assay’s target regions.

Non-targeted mode will include variants found outside of the target regions if present. 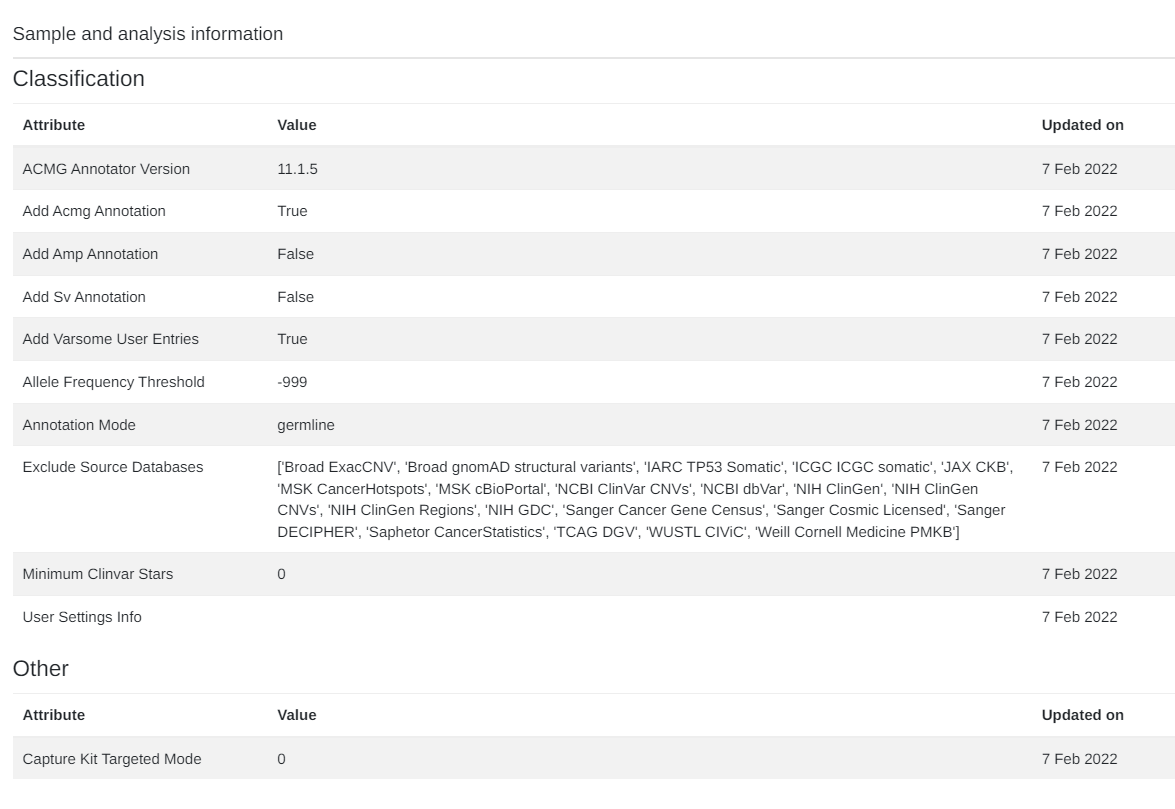 The VarSome Clinical API has been extended to include support for launching germline analyses from FASTQ files (single and multi sample).

Notable changes for analyses from VCF and FASTQ files:

The set of parameters that the relevant API endpoint expects when launching an analysis from FASTQ files are similar to the ones provided for VCF files with some differences:

Not already a VarSome Premium, VarSome API or VarSome Clinical user? Get in touch and ask for a free trial.

As ever we hope you find these changes and improvements helpful, we’d love to hear any suggestions you may have, support is available as usual from support@varsome.com